Summer. The rare time of the year when you can actually row on the Isis in the sun, but also the time when coxing and manoeuvring around punts, cruisers, tourist paddle boats, and all other kinds of river traffic becomes the challenge of the day. 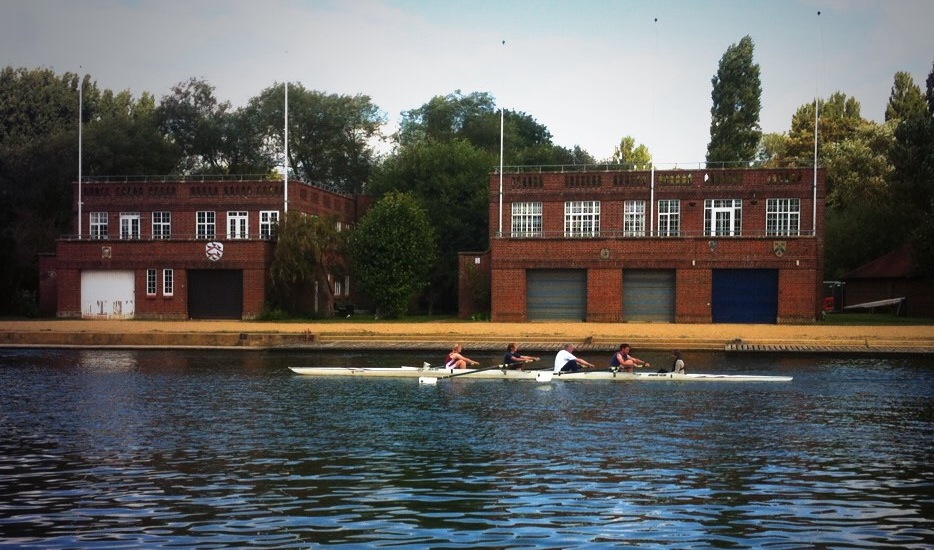 Summer rowing was taken up by all three common rooms and we fielded a mixed NOV4+ at the Oxford City Royal Regatta on 17th August. The crew consisted of Tiff Brydges (Cox, JCR), Charles Alexander (Stroke, SCR), Robert MacLaren (3, SCR), Ryan Burke (2, MCR), Verena Schenzinger (Bow, MCR). Despite a strong showing, the ad-hoc crew complement fielded did not progress through the ranks, though valuable regatta experience was gained. Further two Mertonians rowed in an IM2 4+ (Alex Moore in 2 seat and Henrik Hannemann in bow seat) fielded by the OULRC Development Squad. This boat had to strike its colours in the final against Hertford College.

The continued rowing over summer as well as regatta experience gained is promising for the coming terms and Merton Boat CLub branching out into more external events again.