A long-term goal of the Boat Club has finally come to fruition – getting the SCR out on the water again. ‘Again’ because legend has it an SCR 8+ was fielded for rowing-on in the 1970s though not much is known of any success thereafter. It has also to be mentioned that this venture did apparently not outlast the rowing-on stage of the regatta.
After a few sunny moments of training, the SCR successfully fielded a boat in this years Summer Eights. Initial obstacles of a swim test were soon overcome (one member opted for performing a live drill during training aided by an ejector crab…) and Merton was fielding a third eight after successful qualification. It is important to note that all three common rooms were represented on the river in Merton’s 750th year! Even better: the crew went on to bump up twice in the following four days, although one might argue a klaxon on Saturday robbed them of their third bump. 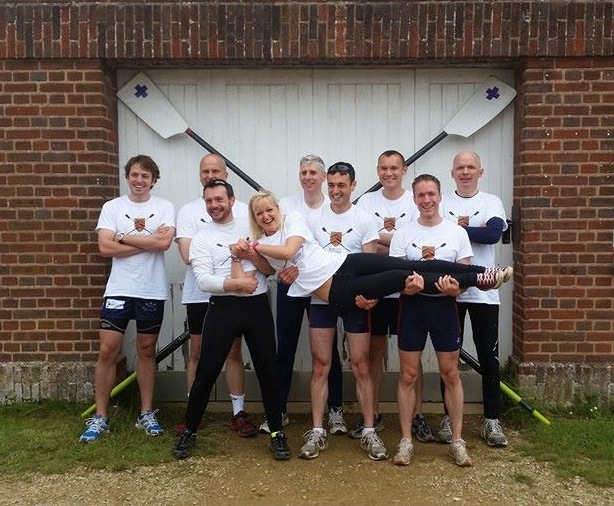