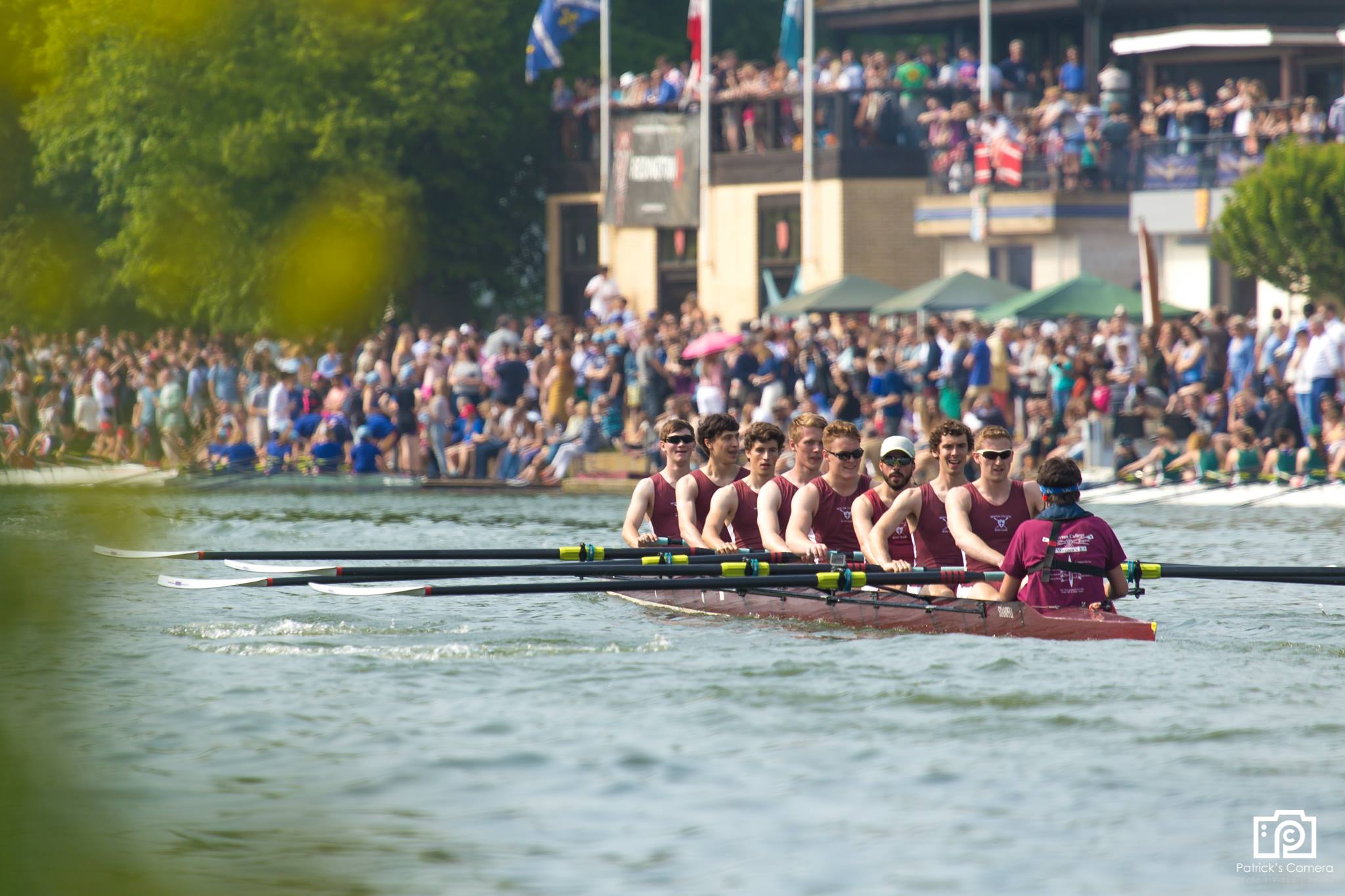 Merton crews have had a highly successful Eights campaign, including blades for the Men’s 1st VIII (the first since 1999)! This follows a year in which the Men’s side of Merton College Boat Club in particular has benefited from excellent coaching under Ian Smith and has been able to build on successes earlier in Michaelmas and then during Torpids. The rowers were ably supported by large crowds, particularly on Saturday, when Warden, Dean, and Chaplain, as well as numerous other fellows, were at the boathouse.

Saturday of Eights Week was rounded off with the annual Eights Dinner, this year featuring a naming ceremony for the latest edition to the Merton fleet. .

The Women’s side of the Boat Club has had another challenging year on the water. W1 started at 5th in Div.2, but were chased by a series of high quality, experienced and much more powerful crews. They were bumped by Trinity, St. Anne’s, and Mansfield on the first three days, though showed considerable composure and determination in the face of difficult odds. On Saturday, the crew were chased hard by a good Catz outfit and unfortunately had to concede spoons. However, as coach Ian Smith said at the dinner, the women have improved rapidly this year and are still high on the river. There is a good group of your members who will be able to compete for another two years and next year will hopefully bring some good new recruits. .

With only one change from a crew which was disappointed after Torpids (+1 overall), the M1 made sure to capitalise on its good starting position at 6th in Div.3. The four days proceeded relatively simply, with strong bumps on New II, Christ Church II and Corpus Christi on the first three days of racing. The only notable drama was cox Toby Adkins’s Hollywood-style ‘abandon ship’ during a series of tangles on Thursday. The race was klaxoned, but thankfully Merton had already secured the bump. While M1 had to row slightly more than half the course on Friday when bumping Corpus Christi along Greenbank, they were left chasing a flagging St. Peter’s crew on Saturday, which they closed down on just out of the Gut. 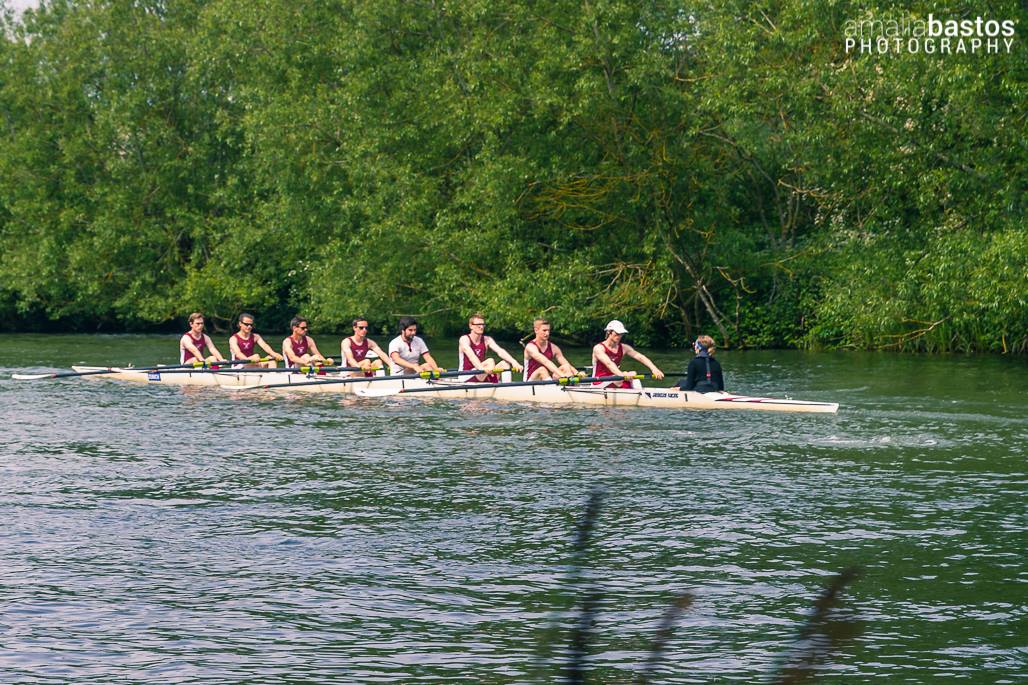 M2 secured Merton’s first blades since 2011 at Torpids and were able to keep most of their crew together for Eights – the notable changes being former M1 stroke Alex Moore joining the crew and cox Henrik Hannemann leaving to row with M1. Despite a late substitution, they continued exactly as they left off, rowing over at the top of Div 5 before bumping St. Hilda’s on Wednesday and St. John’s II on Thursday. Unfortunately, they were denied another shot at blades on Friday, as Green Templeton bumped out in front before Merton could catch them. Nonetheless, M2 made significant inroads into the large gap separating them and the next live crew on the river as they rowed over. Saturday brought a slight change to the crew but they rapidly caught Worcester II, going +3 for Eights.

Merton’s M3 has, for the past few years, been the only SCR crew on the river and has fared well. This year, unfortunately, a number of the regulars have been on sabbatical, so M3 became a mixed casual crew. The lack of Olympian tutors was telling and M3 secured Merton’s second set of spoons for the week, being bumped by Balliol III, Jesus IV (the Vikings), St. Anthony’s II and University IV. They provided an excellent sporting light touch to our Eights crews and were gutsy, given that they were surrounded by established all-men’s beer boats. Meanwhile, we await the return of the SCR rowers from publishing books.