Final round up of the year

Summer Eights finished off the traditional rowing term, we are looking back at a fantastic dinner and great fun on the Isis. Thank you to all those who have supported the Boat Club over the last year. Same as for all previous years, both Eights and Torpids crews can be found in our crew archive. To round off, the reports below are from the outgoing Men’s and Women’s Captains and were originally published in the Postmaster 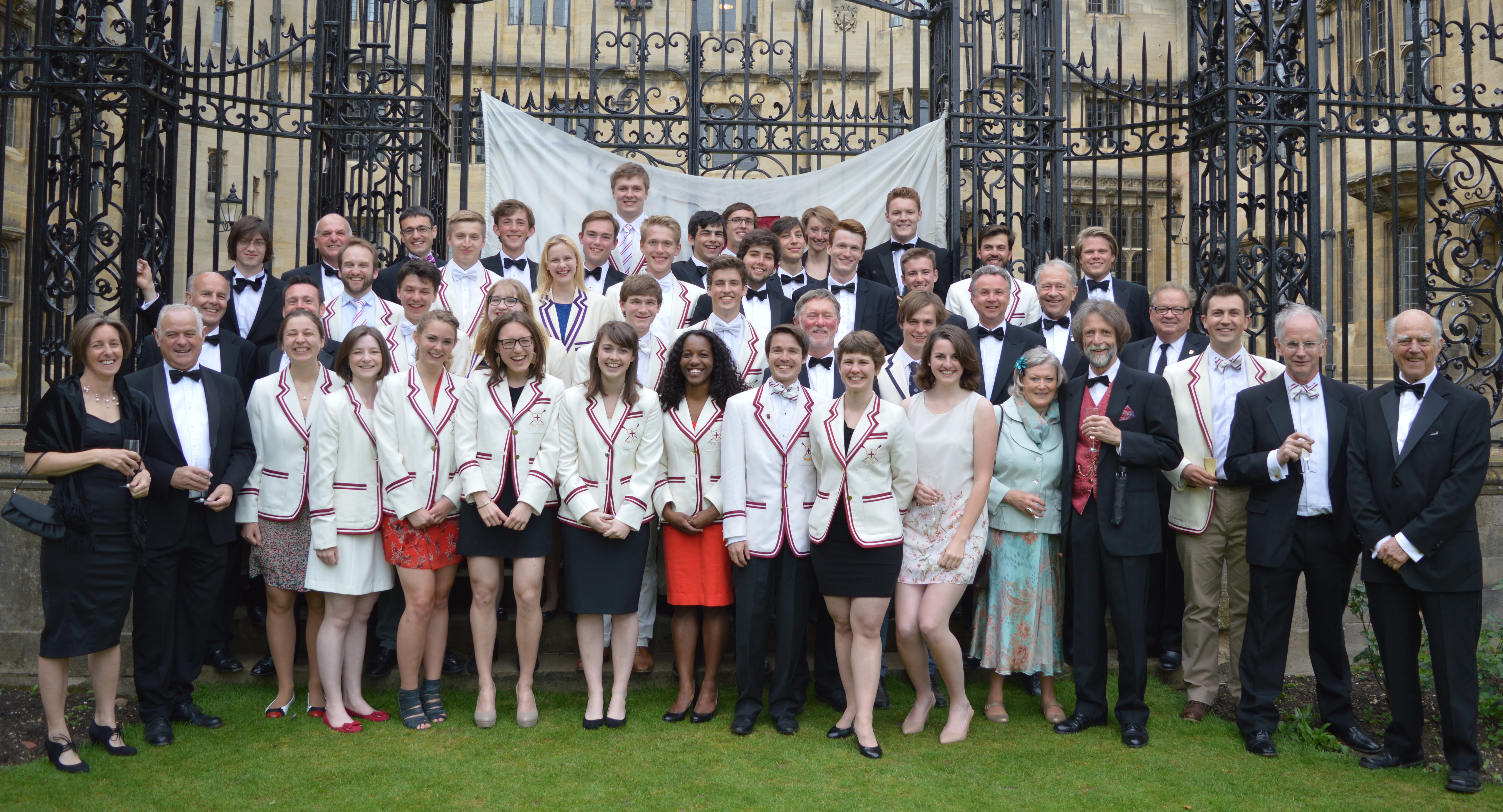 Michaelmas began with a strong push to recruit novices, with rowing drinks and taster sessions. Both were a success, and the year began with almost as many novices as senior rowers. At the end of the year, half of each of the men’s first and second boats were made up of students in their first year of training. Our new coach, Ian Smith, came with high recommendations and proved to be an excellent asset. We also retained an impressive roster of oarsmen from the previous year, with 20 senior rowers – including two who trialled with OULRC in Michaelmas. The term mainly consisted of extensive technical outings geared specifically towards racing in Autumn Fours, which was the first chance for us to witness the progress of our returning senior rowers. Our men’s Four beat LMH in the first round of Autumn Fours. Unfortunately they lost in the second round to a strong Balliol crew. The other half were back in a double for more racing, sweeping aside a strong boat from Brasenose to storm into the final by three boat lengths. Sadly, they were defeated in the final by a pair of lightweight blues rowers.
In Hilary, crews were sent to the Isis Winter League D in an Eight and a coxed Four, with the Eight coming 17th of 39 in their class and the Four coming third of four in their class. Torpids brought great results for the men’s first boat. An unsatisfying first day, with a technical row over, was followed by four bumps in the other three days, bringing M1 firmly into Division II. The men’s second boat had less success, dropping from Division V into Division VI.

Trinity left us with just enough numbers for two permanent men’s boats, but sadly two rowers suffered unrelated injuries and couldn’t make the racing. M1 recovered well, bringing up an M2 rower who responded quickly to the challenge. This left M2 training up two fairly inexperienced rowers in the fortnight before Eights racing.
Errors in racing technique surprisingly caused M1 to row over on the first day and be bumped on the second day. The crew battled off a strong Linacre crew on Friday and then bumped Somerville on Saturday past Boat Club Island. The final result was no change in position; the first time Merton’s
M1 has not dropped since 2010. M2 did better than expected given the last-minute changes in crew, managing to avoid spoons. Unfortunately they still dropped from the bottom of Division IV to the top of Division V. Overall, the crews were fairly happy with their training and results this year, with the Men’s first crew moving up four places in Torpids and holding their position in Summer Eights. Our coach Ian Smith has been key to this success.
Ongoing training and recruitment should help us build on the base that has been built in the Boat Club. I look forward to seeing what we can achieve over the coming years.

This year’s women’s boat has been made up of a great group of girls and I do not think anyone can deny the sheer amount of hard work, commitment and good humour that has been put in!
We started well in Michaelmas Term with our freshers’ boat successfully winning both their first and second races. Our most enthusiastic freshers then continued into Hilary Term and joined W1 in training for Torpids. Some icy cold stints on the water, as well as gruelling gym and erg sessions, were rewarded with great improvement. We must also thank Ian Smith, our wonderful coach, for his dedication and never ending patience. All of this combined meant that on the day itself we achieved a bump – something we were all very proud of, as for many of us, this was the first time.

Trinity Term provided more time on the water and arguably more enjoyable sessions, given that it was even occasionally sunny. This training led into a great Summer Eights’ Week, when fun was had by all. As I said in my speech at the dinner that finished the week: ‘Yes, we got spoons, but we
got spoons in style!’ I think the girls this year should be very proud of everything they have achieved; the crew was mostly very inexperienced and they performed well under pressure. I expect great things next year when, with more experience, I am sure the boat will go from strength to strength.