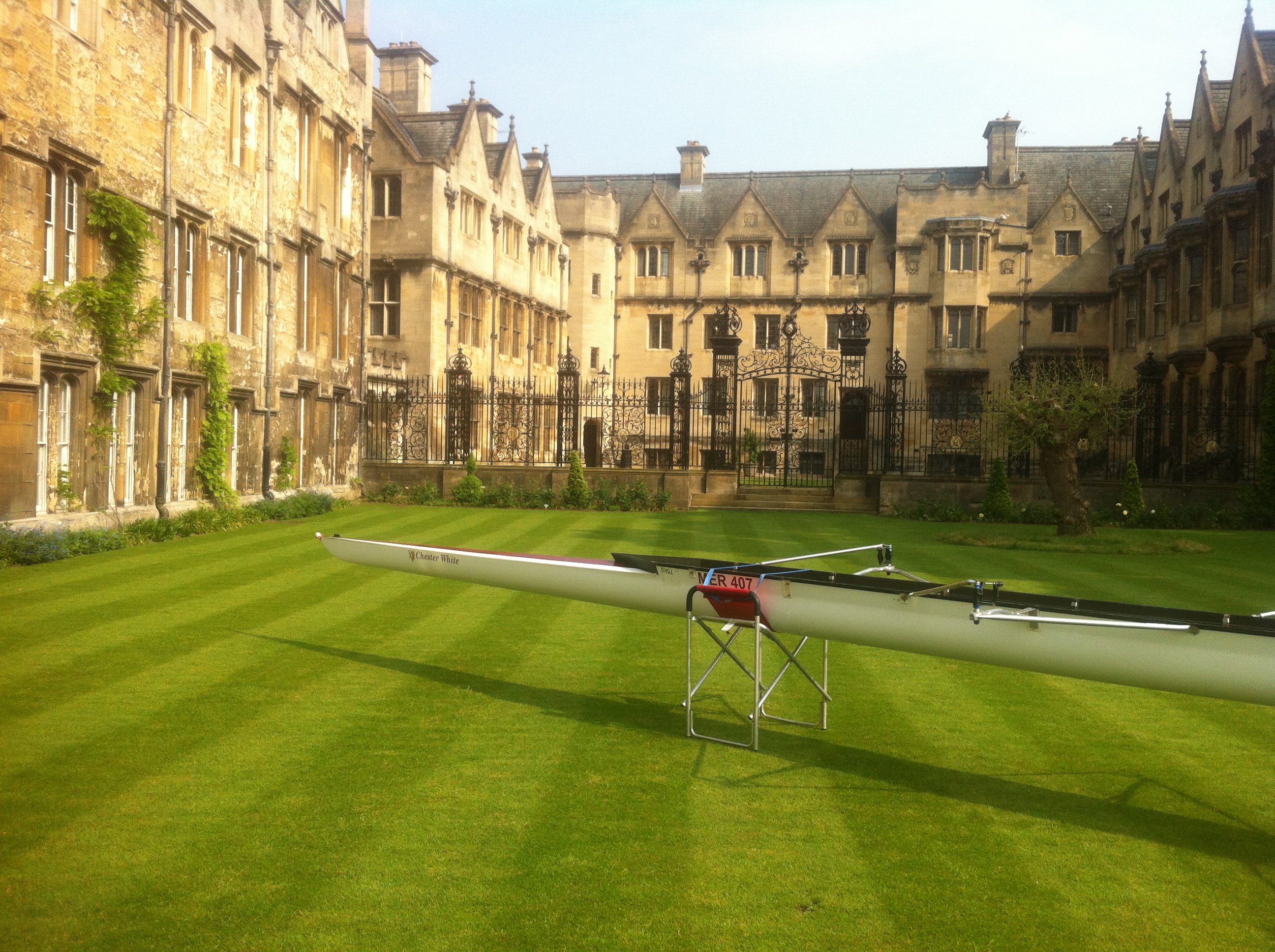 Our annual Eights Dinner was, as ever, a very enjoyable way to round off the week of rowing. On top of the usual drinks reception and dinner, we celebrated the contributions of Old Mertonian Dr Chester White MBE to the Boat Club. Chester came to Merton in 1952 to read Medicine and was a keen rower. His crew mates included Harry (Hugh) Quick, after whom our men’s first shell is named. Chester has since been at Darwin College, Cantab., where he founded and is President of the boat club. Nonetheless, he has been a constant figure in Merton College Boat Club, sitting on the Friends’ Committee for many years and supporting us generously.

Chester was invited to christen the ‘Chester White’ as part of the drinks reception, the second boat in his personal fleet (the other being an eight at Darwin). The boat was purchased at the beginning of Michaelmas Term and can be rowed both as a 4- and as a 4X-. It has given the Club greater flexibility with training and is in excellent condition, after a small renovation and repainting by boatman, Mark Seal.

The dinner was rounded off by speeches from the Warden, Sir Martin Taylor, from Chester, and from the Men’s and Women’s captains, Edward Thomas and Kailan Sierra-Davison. A fantastic time was had by all.